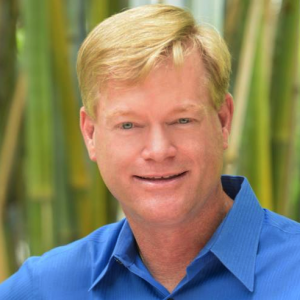 Drew Vogt – Co-founder and CEO Drew Vogt is the co-founder and chief executive officer of Casa de Kids. His first sojourn in assisting Mexico’s children, was a successful fundraiser benefitting an orphanage in Tecate, Mexico in 2003. Since 2007 he has been instrumental in empowering Mexico’s orphaned children through private and public fundraising solutions. Drew served as President of Validating Individuals Deserving Autonomy (VIDA) for two years and now serves as Trustee. Working closely with VIDA’s founder, Elisabeth Tatum, he began learning about how to assist Oaxaca’s children. He conceived of and leads an annual retreat to the city of Oaxaca to raise awareness and to benefit the children. His groups have donated over 1,000 items of clothes, school supplies and food. Most importantly, Drew and sponsors have made possible over 30 years of care and education. Prior to founding Casa de Kids, Drew excelled in the Santa Fe, NM, in the fine art market, founded a successful non-profit org, and dedicated his life to empowering individuals. He has assisted with community projects such as Yaks in Tibet, water wells in Nepal and shoes for children in Tehran, Iran. In 2011 Drew studied grass roots solutions for communities in Guatemala with Rainbow World Fund in 2011. On behalf of Loma Linda University he taught English in Tokyo, Japan. Among other credentials, Drew holds a Bachelor of Arts degree from San Diego State University.

Martha Lopez – Vice President Martha Lopez is the Vice President and co-founder of Casa de Kids. From 2011–2014, Martha worked passionately as the Director of stage productions benefiting social causes. She teamed up with well-known musicians in nationwide fundraising concerts empowering disabled children in need of wheelchairs. Her involvement in other concerts assisted impoverished children through organizations such as ROC Wheels and Wheelchairs for Iraqi Kids, Wounded Warrior Project and the Austin Veterans Guitar Project. Martha has over twenty years of experience in teaching youth music and voice, and performed in prestigious operas and symphonies. She has taught children’s K-8 music classes, in public and private schools and serves as Director of Music at Our Lady of the Angels Catholic Community for a youth group in Sarasota, Florida. From 2007 to present, she teaches as a Voice Instructor at the State College of Florida, Manatee-Sarasota. Martha has performed in opera recitals throughout Texas, Illinois, and Florida. She has appeared with the Sarasota Pops Orchestra, the St. Petersburg Opera and the North Port Symphony, and released two recordings of classics from Spain and Latin America. Martha earned two degrees, Bachelor in Arts in Music, Stetson University, and a Masters of Music in Vocal Performance, University of South Florida, Tampa, FL. Jeanne Avery – Treasurer      Jeanne Avery is the Treasurer of Casa de Kids. In 2014, Jeanne became familiar with the orphanage work in Oaxaca, Mexico when she travelled there with Drew Vogt. She fell in love with the students enrolled in the V.I.D.A. program and immediately became a sponsor. Jeanne excelled as an Administrative Assistant for six years to the Founder and Chief Executive Officer of Subaru of America, Inc., Cherry Hill, NJ. Her specialty skills as a Corporate Legal Secretary led to six years experience with Atlantic Richfield Company, Philadelphia, PA. and ten years with Rohn and Haas Chemical Company, Philadelphia, PA. Jeanne volunteers in her Sarasota, FL, community at the Child Protection Center, Inc.

Oaxaca Recital Invite from CdK piano student, José Manuel; I would like to invite you to my last performance in Oaxaca, before returning to New York. 📆: Thursday, August 18 🕖: 7 pm 📍: Centro Cultural San Pablo (Hidalgo 907, Centro Oaxaca) * no tix/ no RSVP. 🎫: Free entrance (you need to be as early as possible, 1 hour in advance) I will be performing 3 pieces for four hands with my friend who is coming from Mexico City and I will be performing the Claude Bolling Suite for Classical Guitar and Piano trio. ... See MoreSee Less

A student update: Last night our piano student, José Manuel, had the rare honor of being a guest to perform with an internationally well known trombonist, Faustino Diaz, of Oaxaca. They performed in a historic church one hour northwest of Oaxaca city; Drew Vogt attended with Jose's parents who also are musicians. Jose and Faustino both did a great job. At the end of August Jose will return to NYC, NY, for his second year at The Manhattan School of Music. ... See MoreSee Less

Last night CdK welcomed a long term donor to a dinner in Oaxaca, with ten of our students—Nigel Patterson joined us for dinner and gave an inspiring presentation on business success. He was attended by a friend of 45 years, Louise from South Africa.  We are ever so grateful for his generosity, and that of Alan Glock, who help to make our program possible.… changing lives through education. We were also honored to have Jose from Connecticut join us also—he’s a true “powerhouse” for good!!!. He ... See MoreSee Less